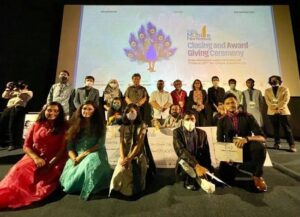 In 2013, ULAB media faculty Mohammad Shazzad Hossain took charge as adviser of Cinemascope- the apprenticeship program. At the time, he was surprised that his students did not have any idea about film festivals. However, as soon as they learned about festivals, they wanted to participate.

The problem was the accessibility of the tools to create their own films. Mr Shazzad, however, could foresee that with the advancement in mobile phone technology, anyone with access to the device can make a film. So, he pursued this idea with the students.

With the guidance of Mr Shazzad, his students started learning how to create films with the tools they have. They achieved some success, saying that the new generation has its own tools to communicate. With more and more students producing their own films, Shazzad decided to launch a competition among them. Thus, in April 2015, Cinemascope Mobile Film Competition was launched. 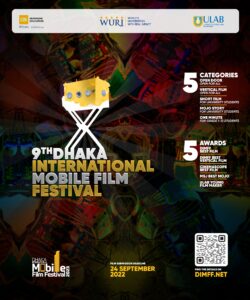 After another year of the Cinemascope Mobile Film Competition (CMFC), Shazzad felt that it would be better to expand the competition to compete with other students worldwide.

In this way, they can level up themselves and improve their skill sets.

Over the years, DIMFF has seen the possibility of everyone creating their own films since the mobile phone has penetrated the country’s far-flung areas. As a result, DIMFF has become more inclusive by introducing filmmaking programs, film review sessions and campus ambassadorships as part of its knowledge-building activities.