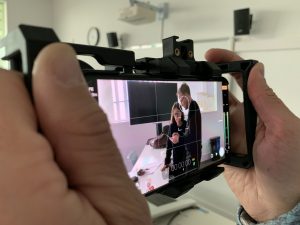 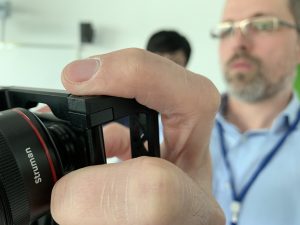 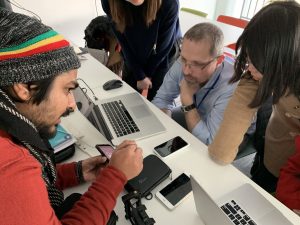 They say the best camera is the one you have with you. Join Max Schleser to zoom in on the growing community of smartphone filmmaking. Learn how to shoot your film, edit on the fly, and submit to well-known smartphone film festivals, such as MINA (www.filmfreeway.com/mina). 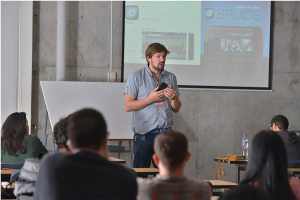 The workshop will give you a brief overview of digital storytelling (with Adobe Spark Video), filming with FiLMiC Pro app and editing with Adobe Rush. Max will introduce additional filmmaking gear and apps (such as Rode i-XLR), helping you to make decisions about what is the right choice of equipment for your project and budget. Participants will practice their new storytelling skills under the guidance of Max Schleser, who has produced two feature length mobile and smartphone films and more than a dozen of short experimental and documentary smartphone films (www.schleser.nz). Max will introduce rookie and pro workflows, production techniques and tools he uses for experimental short and feature documentary productions. He will talk about his collaborative filmmaking approaches and how he uses workshops to co-create smart docs with participants from a variety of backgrounds, including community groups and NGOs.

Workshops can be run in a day, over a weekend or three days.

MINA will develop an outline suited to your skills and interest. The workshop schedule can be tailer made for your organisation or project including the following elements:

Depending on your background and skills we will tailer make and craft project based advice. Your project can be in any stage during production (pre-production, production or post-production).

We will showcase additional filmmaking gear and apps, helping you to make decisions about what is the right choice of cameraphone and equipment for your project and budget. Participants will practice their new skills under the guidance of the workshop tutors and can complete a short project.

We are looking forward to see your project at the MINA International Mobile Innovation Screening.